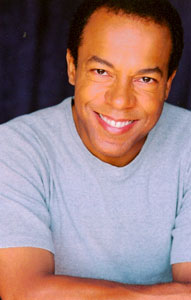 Raymond Patterson's work has been evidenced in most areas of the entertainment and performance mediums. A Broadway veteran, Raymond has received accolades performing in leading roles in several long running productions. A very successful production included the two and a half year stint in the Broadway National Touring Company where he starred as "PONTIUS PILATE" and as "JESUS" opposite Carl Anderson.

The phenomenon MISS SAIGON was a vehicle where for nearly five years in his career, he performed onstage, first in the Broadway National Touring Company where he starred as "JOHN ," and then later joining the Broadway company, having had the opportunity of sharing the stage with original cast TONY AWARD winners, Jonathan Pryce, and Lea Solanga in the final months prior to the landmark musical's closing there in New York City. Raymond later reprised the "John" role in the majestic St. Louis MUNY production.

Performing live onstage is a distinct joy and he has performed several daily shows for thousands in Disney's California Adventure, ALADDIN, The Musical Spectacular, in the Hyperion Theatre, for six and a half years, countless times as the villain, "JAFAR."

He made his prime-time television debut in HILL STREET BLUES and has since appeared in OUR HOUSE, EASY STREET, HARD COPY, ROOMIES, THE LAW & HARRY MCGRAW, SUPERIOR COURT, THE TRACEY ULLMAN SHOW, BEVERLY HILLS 90210, BEVERLY HILLS BUNTZ, WHAT'S HAPPENING NOW!, FAMILY MEDICAL CENTER (pilot), DRAGNET-THE 90'S, NIGHTINGALES, ON THE TELEVISION (Nickelodeon), SISTERS, V.I.P., movie's of the week, SOMEBODY'S DAUGHTER, BASED ON AN UNTRUE STORY, as a principal soloist in the live television broadcast of LEONARD BERNSTEIN'S MASS AT THE KENNEDY CENTER on PBS, DHARMA & GREG, THE GUARDIAN, THE TRACY MORGAN SHOW, and the comedy hit EVERYBODY LOVES RAYMOND. He also appeared in a number of soap operas, including, THE YOUNG & THE RESTLESS (recurring role), THE GUIDING LIGHT, DAYS OF OUR LIVES, CAPITOL and TEXAS. 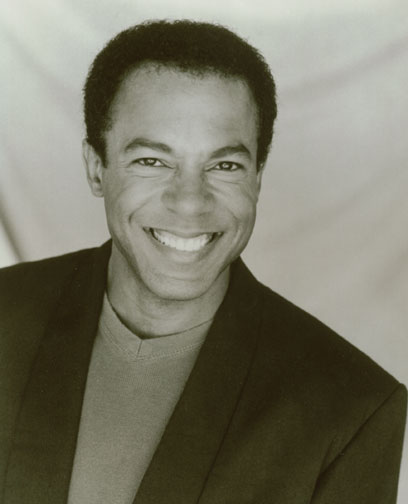 Raymond's work on stage and in TV and Film show a range of versatility, equally adept in comedy as well as drama. In between stage engagements, television and film appearances, he keeps busy with concerts (including several appearances onstage at Carnegie Hall with the most recent being the historic ('14) Black Stars of the Great White Way tribute concert), club acts, numerous television and radio commercials, commercial print modeling, freelance writing, guest lecturing, yoga, song writing and recording engagements, where with his love of music, he utilizes his wide range of three octaves in a variety of styles. Raymond has had the great fortune of working with such distinguished talents such as Stevie Wonder, David Foster, Kenny Loggins, Luther Vandross,Carl Anderson and Marc Shaiman. One of his proud accomplishments was singing the national anthem at Dodger Stadium ('01) for a winning game against the SF Giants. His song "Lonely Tears (Love Is Here)" resulted in the title selection of Rosylyn Burrough's 1985 Sunnyside Records debut album and also "Lonely Tears," and "Bittersweet" on the 1993 Traumton Records release entitled THEO & KIRK. Raymond has sang on several albums released by Columbia Records, New York City Records, and Rock-It Science Records. His CD's include, "NEW BEGINNINGS" ('00), and "JOURNEY"('04) jazzy "Time & Again" ('06), the exciting "Ray Ray" ('08) and accompanying Bonus CD. A partner with CurbsideVision he is constantly songwriting, recording and co-producing music and pursuing opportunities in the evolving realm of the entertainment industry.

It can truly be said that RAYMOND PATTERSON is the personification of the multi-talented performer entertainer.